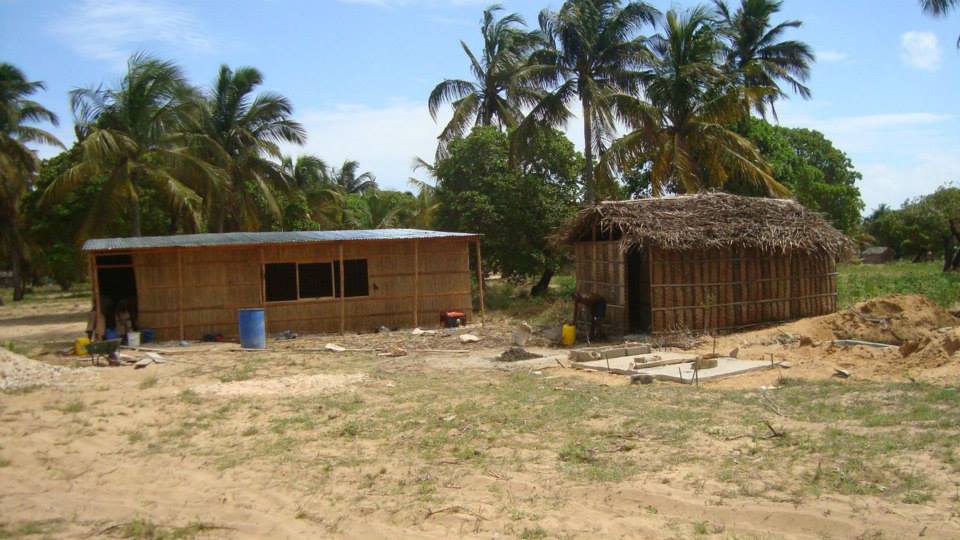 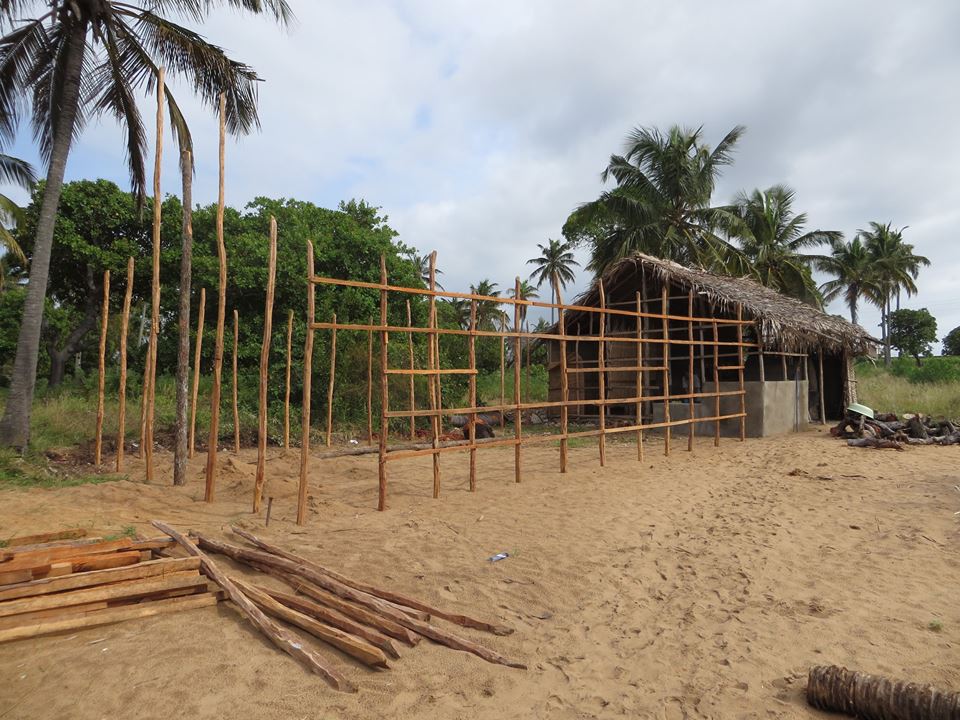 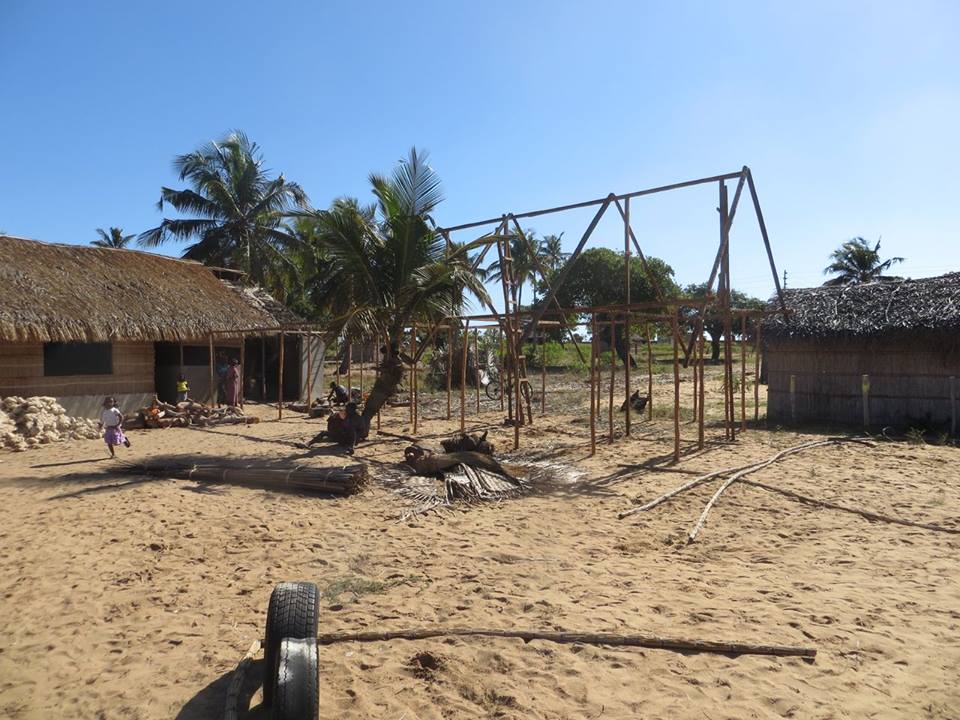 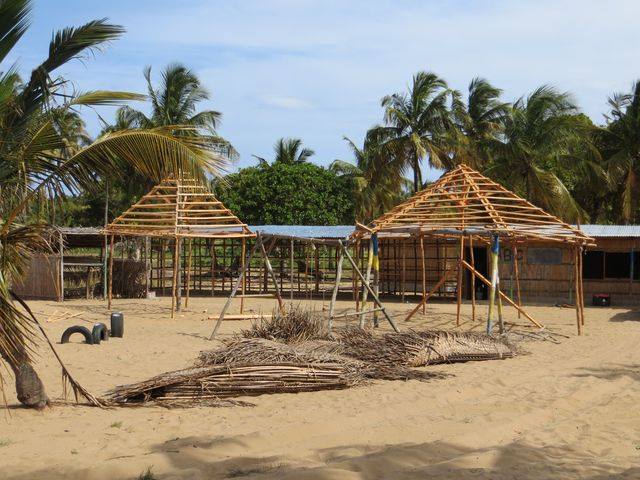 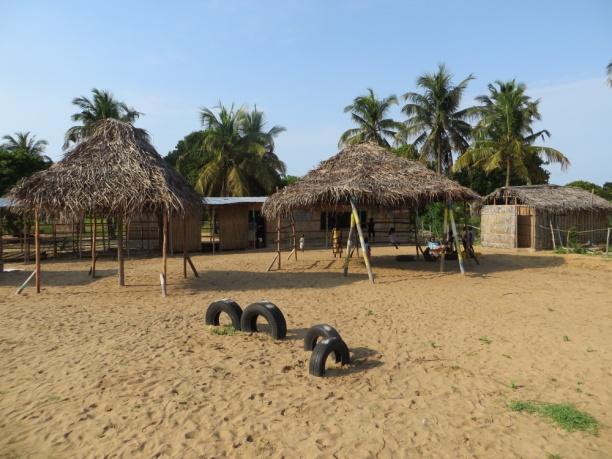 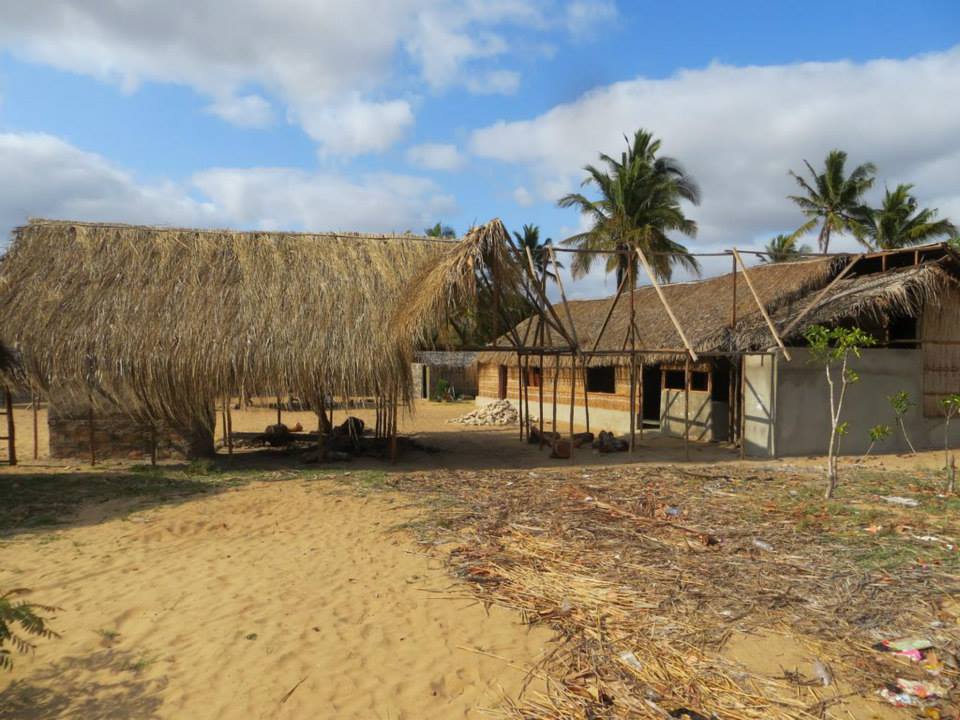 A chronicle of our kindergarten

The “Escolinha Nhassanana” was founded in September of 2011 by the Mozambican association “Positivo Mosambique”. The project started under the direction of Maria Planells, Helio D. Vanimal and the educators Augusta Alberto and Francisco Armando in Tofinho, a little tourist village close to the Indian ocean that forms part of the community of Josina Machel. Josina Machel is a rather poor community of the province´s capital Inhambane.

2012 – Early days and move to the actual location

The kindergarten´s construction at its first location could be realized through the financial support of the Spanish non-profit association “Xarxa Solidaria”. The two motivated educators acquired their first pedagogical knowledge and kindergarten processes during a three-month internship at the educational association and kindergarten “Nhapupwe” from Inhambane City. “Nhapupwe” stayed present, supervising the “Escolinha Nhassanana” over the first year.

At the end of 2012, 15 children were inscribed. One of the main reasons for this still small number was the kindergarten´s geographical location, which was difficult to reach. Apart from that it was a financially difficult year. The costs for care and food of a child are around 1 Euro per day but the overall monthly parental contribution only   added up to ca. 50 Euro.

Furthermore the project´s management time was limited due to their jobs. Therefore in September 2012 there was a first meeting arranged with the German-Mozambican occupational therapist Peter Sander. The supporting association “Positivo Mosambique” was instantly convinced by his pedagogical experience, and offered him to be the project manager. Until 2015 Peter Sander worked complimentarily.

One of Peter Sanders conditions was that the kindergarten would move to a better, more reachable location. A well located spot was found rapidly and with the financial support of “Xarxa Solidaria” the construction of the new “Escolinha Nhassanana” started in December 2012. A first class room and WC were built at the new location.

In 2013, 40 children were inscribed and looked after by the kindergarten´s educators Augusta Alberto and Francisco Armando. With Rita Artur a cook joined the team, to prepare little snacks for the breaks. The monthly parental contribution increased a little to overall ca. 75 Euro, but there was still a big dependence on donations and external financing. Nevertheless the construction of a second class room including a small office could be realized due to another financial help of “Xarxa Solidaria”. Additionally the playground could be recreated during various voluntary working sessions.erden.

Even in 2014 40 children get care and pre-school education at the “Escolinha Nhassanana”. The parental contribution now ads up to ca. 100 Euro per month.

During the year, a new toilet, a dormitory, a refectory and a kitchen were built with the financial support of the “Basic Foundations” from the UK.

Further were beds constructed and mattresses bought, once more financed by “Xarxa Solidaria”. However there were more financial successes. The German company “mgm consulting partners GmbH” was won as a donator and at the of the year, an one year financing by the US-American program PEPFAR (President´s Emergency Plan for AIDS  Relief) for 2015 was given to the “Escolinha”.

Aside from that various sponsors were found in Germany, supporting the kindergarten with monthly donations.

2015 – Another step to sustainability

In 2015 the total number on inscribed children has risen to 60 and all-day care was established. A lent minibus now brings children from the centre of Inhambane City.

The families of these children are financially better situated and able to pay the complete amount that is needed per child and per month. The overall parental contribution now totals 750 Euros per month, which is a big step on the long way to financial sustainability. Due to the new means and demands a driver for the minibus, a cleaning power and two new educators were hired.

With the help of PEPFAR (President´s Emergency Plan for AIDS Relief) chairs and tables were bought and the playing ground was enlarged and since January 2015 there is a German partner association called “Mama Africa – Help for Mozambique e.V.”, which can now handles donations.